When Chris purchased a bungalow in Plymouth it was with the intention of buying it to rent. At the time, some ten years ago, he did not expect to be gutting and renovating it for him and his partner seven years on – but that’s precisely what he did, and Vufold’s bi-fold doors played a big part in creating the perfect home for the couple.

Chris is an ex-builder and electrician and he put his skills to good use even though he had to get a builder in to add the shell of the extension that was added to the back of the bungalow. With the plastering, electrics and plumbing all done Chris set about laying the laminate floors before putting in place the final addition; a set of bi-fold doors to separate the new dining room from the living room. However, bi-fold doors were not the first thing that Chris had planned to install as he explains.

“I started doing a bit of a Google thing to see what there was available. Initially, I looked at Pocket Doors that would fit inside the walls, but then it became clear that the maximum opening we could have with them was 1.8 metres, which was just not what we wanted at all. Then I found Vufold and their Inspire range of internal doors. They looked good, the write-ups on the website were convincing but the fact was the Inspire range fitted the brief perfectly for a very good reason. They were the only doors I could find that fitted the 2.4 metre opening we had between the two rooms – and I looked at a lot of door companies,” says Chris. 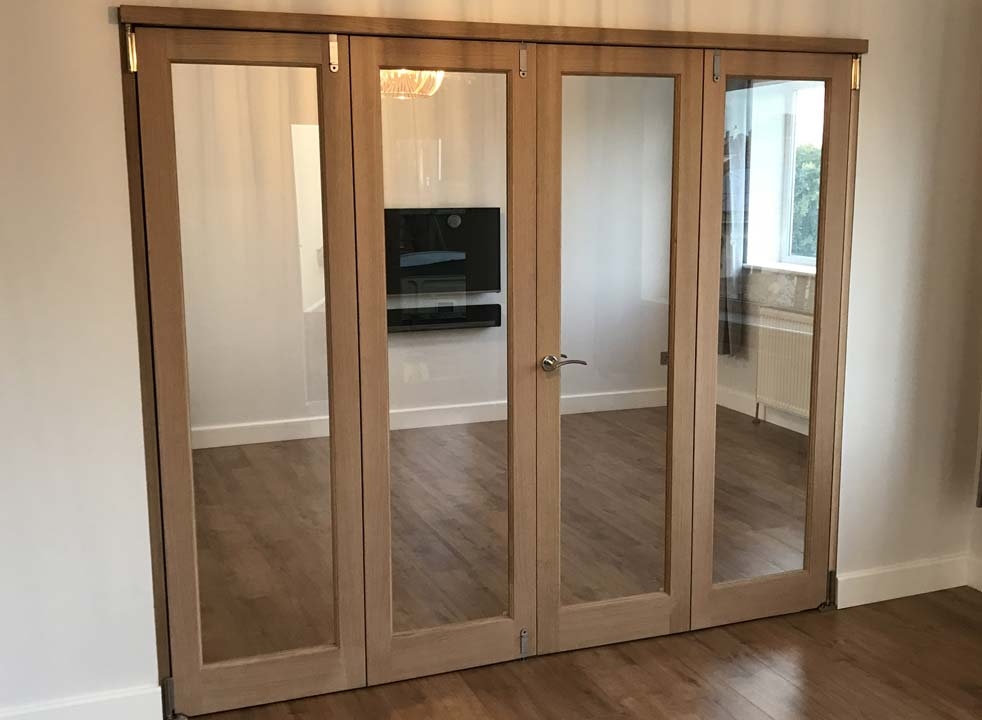 With the doors delivered on time, Chris started to hang the set of four and found the way they were packed very helpful when it came to assembling and hanging them.

Although Chris had never planned on having bi-fold doors he believes it was the best second choice he has ever made. “Looking back, if I’d have known about the bi-fold ones from Vufold I would have gone straight for them. With the Pocket Doors we would probably have ended up using the space as two rooms, but with the Inspire doors we have so many options. We can have open plan, two rooms or a partially divided pair of rooms – and we lose none of the light that comes in from the other room. We love the high-quality look the doors give to downstairs and Vufold’s customer service was very good, overall, we are delighted with our choice,” says Chris. 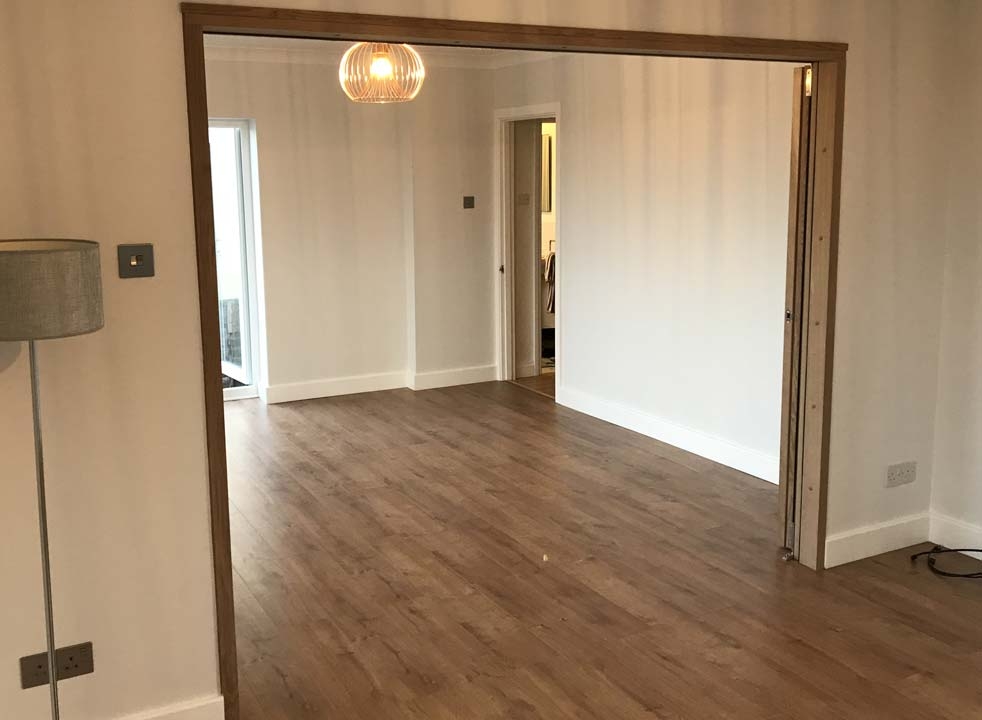