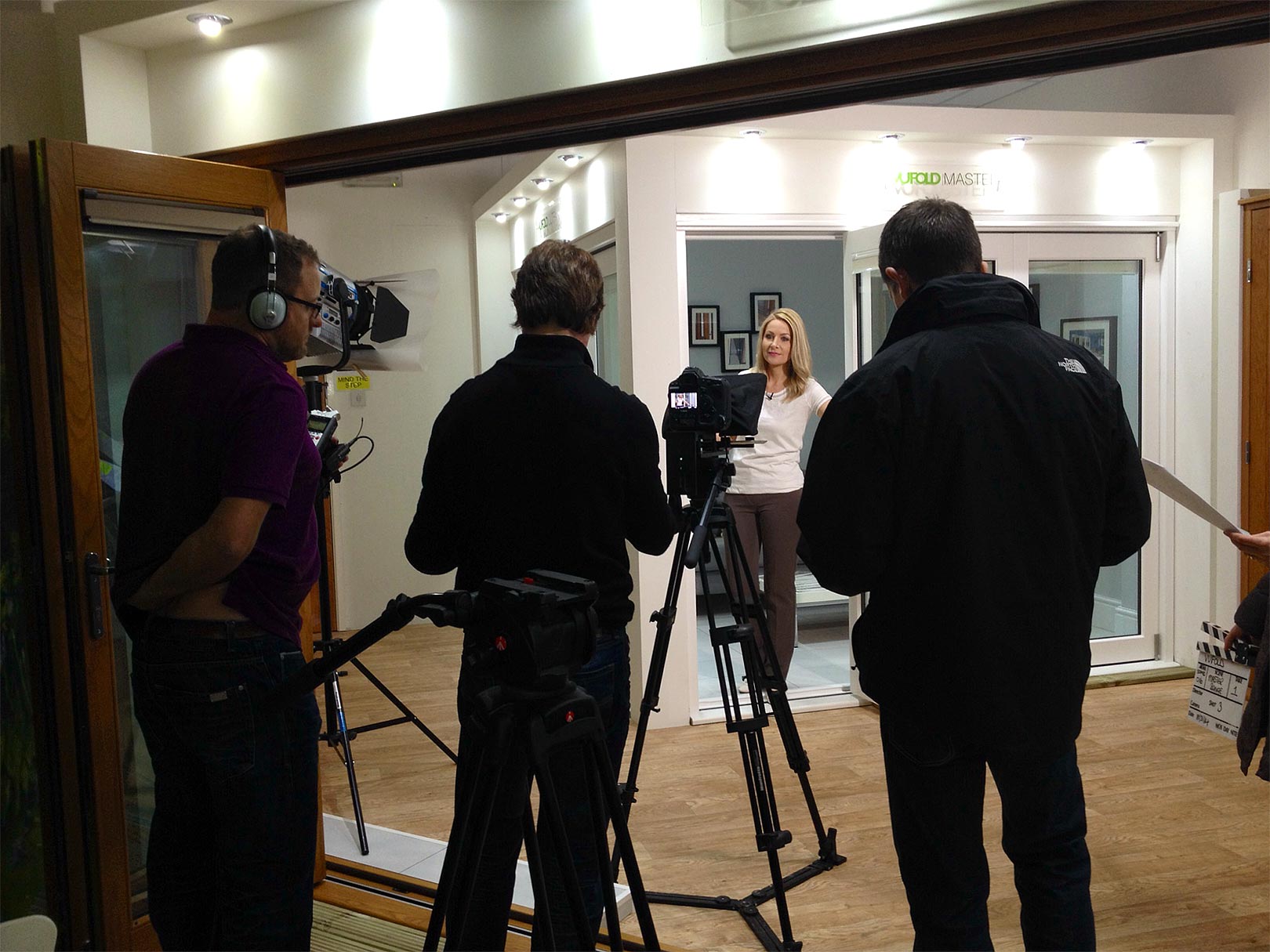 We appointed A&P to produce a series of videos to highlight the benefits of all of our Vufold bi-folding door ranges. This took place in our showroom on Tuesday 18th March and lasted up until the evening.

First of all, Martin, our customer service manager, wrote a document detailing all the benefits and features of our entire range of bifold doors. The emphasis of the document was to highlight in plain english what sets our bifold doors apart from the competition. Also the differences between our door ranges, so you have all the information to make an informed choice about which bifolding doors to choose. This document formed the basis of the first script that was put together by A&P.

Once A&P wrote the script using our document as a template, it was sent to our marketing manager, Kerry, who edited the script with the help from Martin. The script went through two versions before the final version was approved and sent back to A&P. The script was given to the presenter to digest ready for the video shoot on Tuesday 18th March.

Day of the Shoot

The presenter and crew arrived early Tuesday morning armed with a boot full of clothes and a van full of equipment. The light and sound engineer and camera operator set up their equipment in the showroom, whilst the presenter recorded any voice over's in a separate room. 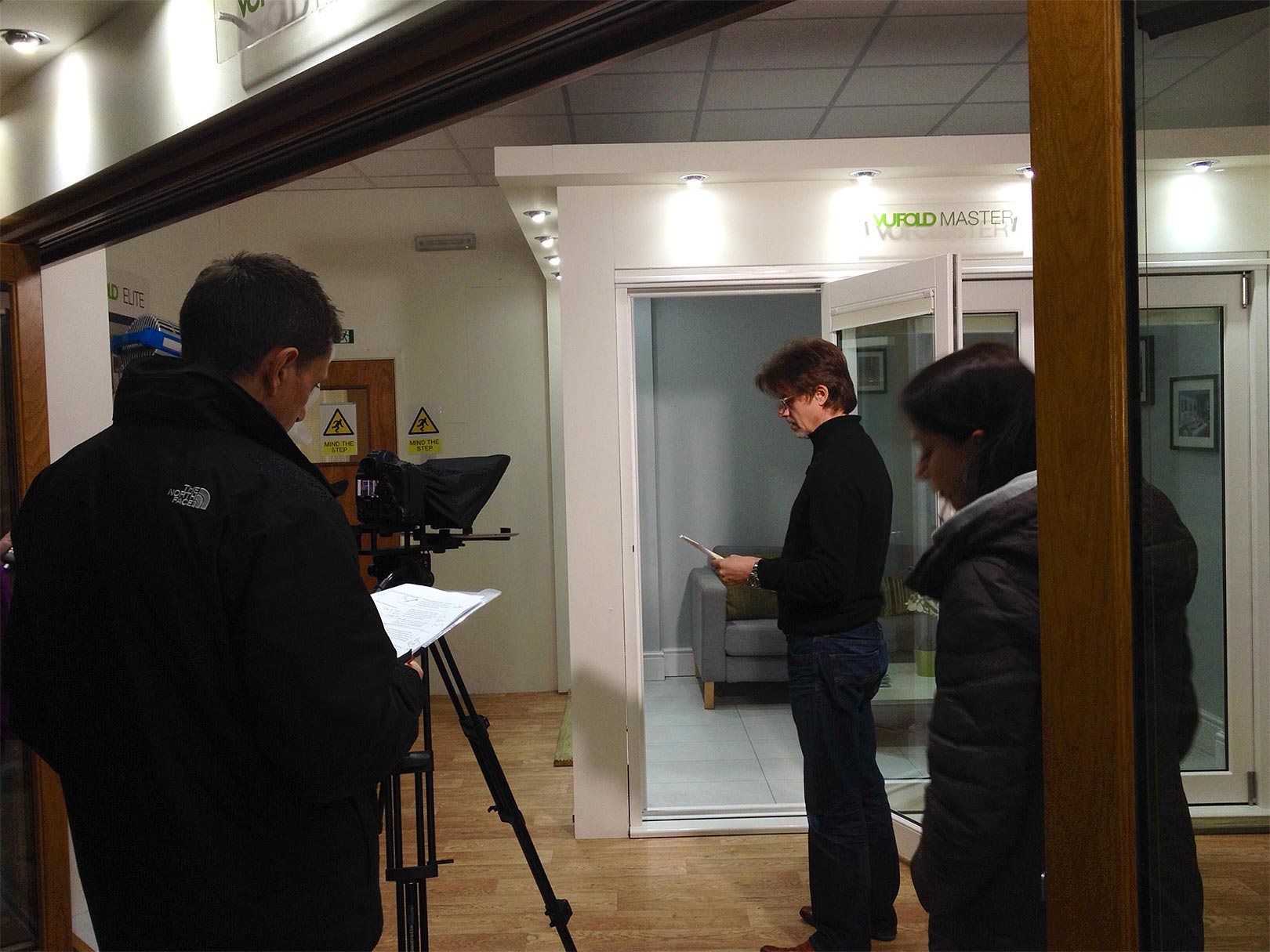 Once everything was set up the crew and presenter did a couple of test runs to make sure the lighting and sound was working well and everything was ready for the takes. This took up most of the morning and the first doors to be shot were the Master external bi-fold doors, which were completed by lunchtime.

After lunch the team had a long and tough afternoon to complete the video shoot for the other eight door ranges before the end of the day. In fact the video shoot was completed at 20:30, with help from Kerry who was at hand for the duration of the shoot to help A&P with how the doors work and to demonstrate the intricacies of the bifold doors.

The final step will be the editing which will consist of after effects, colour grading, onscreen graphics, animation, sound effects, backing tracks and compression of the finished films.

We are very excited here at Vufold to see the final outcome of our first professional, run of videos which are planned for 2014.

However we are even more excited to show and share them with you. We would also welcome your comments so please do visit us again and look out for further videos, which will include a door installation and customer testimonials.