Sometimes, the icing on the cake can come from the most unexpected of places, as Brett Jones found out recently.

Brett lives with his family in a four-bedroomed, detached 1960’s house in Letchworth Garden City.

Brett, his wife and two sons have lived there for 12 years. Last year they set about radically transforming the property with double story extensions. 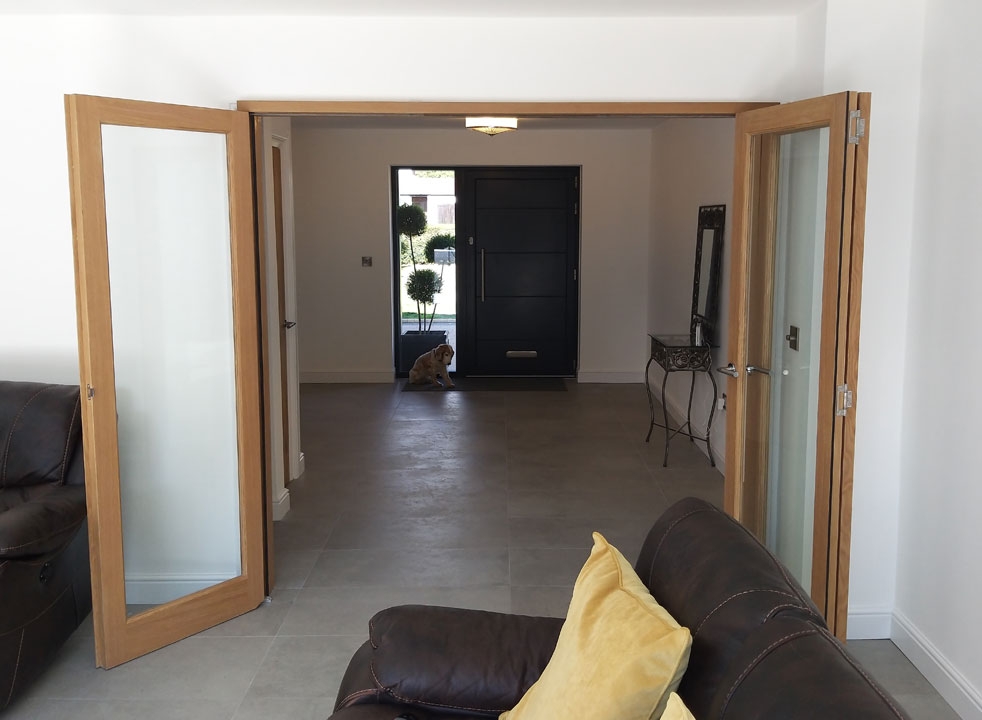 “For years, we had thought about changing the layout of the house, but with two grown-up lads still at home, we needed more space. What’s more, we wanted to change what was essentially a very normal 1960’s house into something special, particularly the downstairs living areas,” says Brett.

The new downstairs layout would create a hallway leading into the new, larger lounge area. Originally the plan was to install a solid door to separate the two. The Jones’ then thought about making it a bit grand with the addition of double doors, but then they had other ideas. 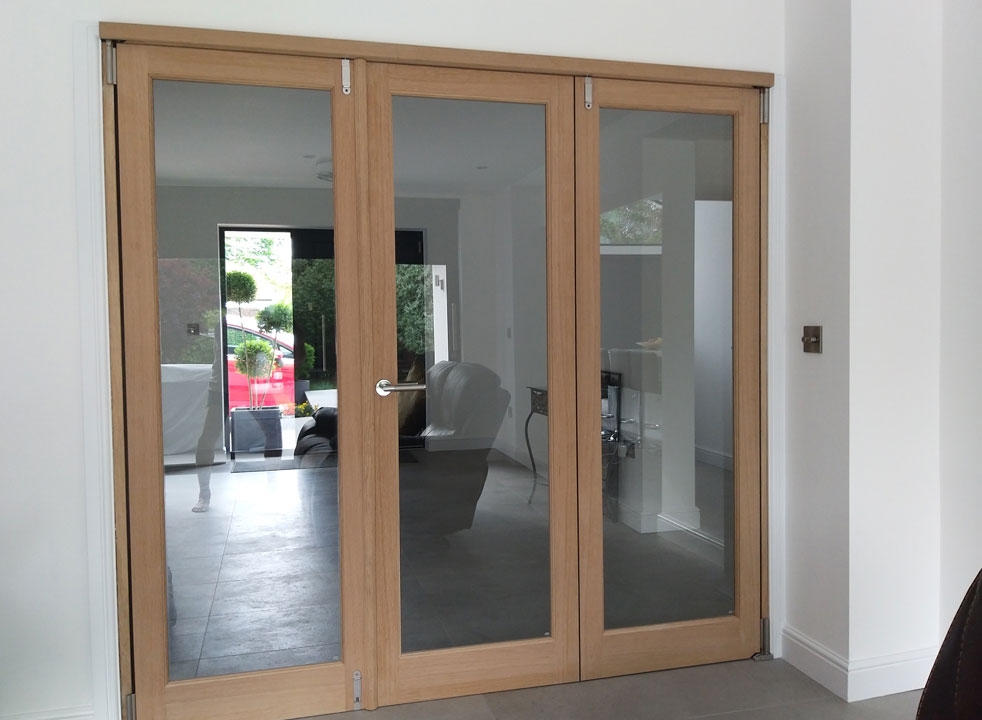 “We’d thought about solid doors for a while, but then we thought, why not glass doors, and why not bi-folding glass doors? We believed that would add some real, “wow” factor to the way the whole space worked and looked, It would also mean we could see all the lovely new spaces we had created,” says Brett.

After a bit of searching online, the couple found Vufold and its Inspire range of bifolding interior doors. This was in January when the majority of the renovation of the house had been all-but completed. Brett had already enlisted the services of a builder for the other work done on the house, so he had no qualms about placing the order for the doors to be fitted. 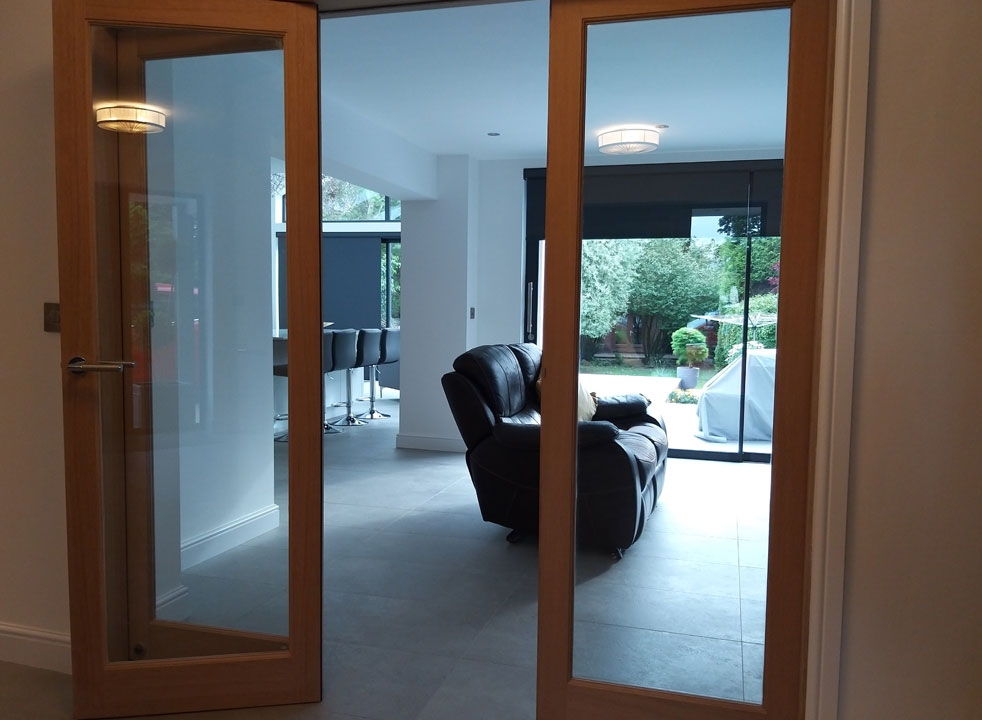 “The thing is, our builder had been making bespoke doors like Vufold’s for a while, but when ours arrived he was so impressed with the machining, high-quality fittings and the ease of fitting that he’s decided to stop making them to order and now suggests to his customers that they order from Vufold instead. He had no problems putting them up,” says Brett.

The doors went into position at the end of March, in what Brett sees as the finishing touch to the renovation project. “I was very taken with the service I got from Vufold from day one. The chap I spoke to on the phone was so helpful, I knew he was actually listening to me and understood what I wanted. When he suggested the Inspire range to match with the rest of our décor downstairs, he was spot on. 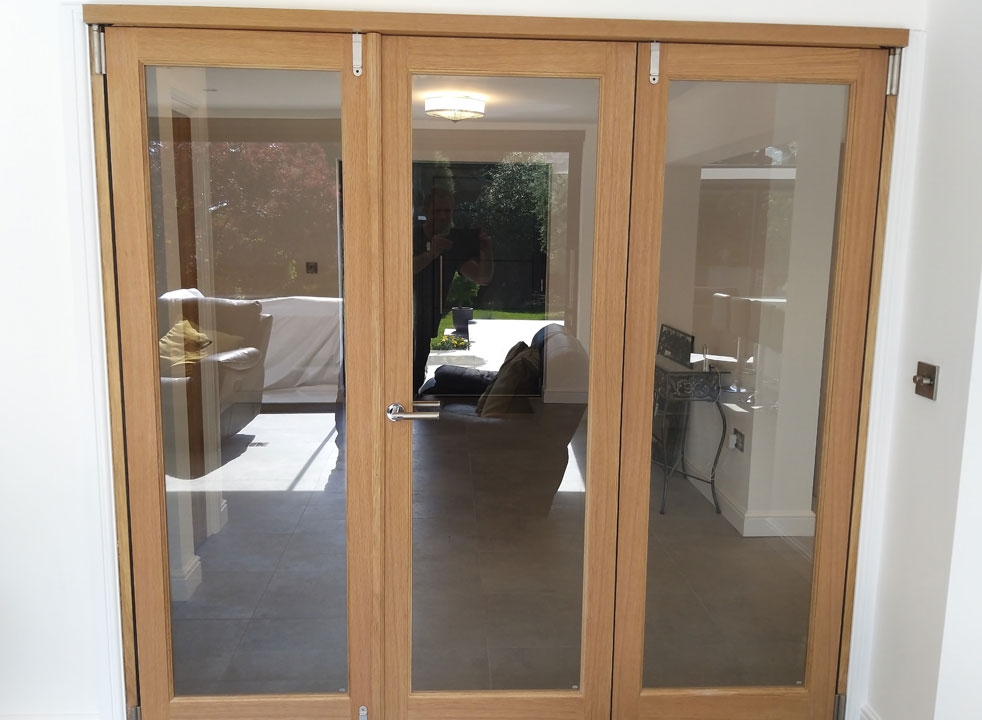 “The doors look fantastic in place and have given us far more than we ever expected. Although they are only a part of the whole project, they have added that final touch which makes the whole visuals so special. We love them, and lots of our friends have been really impressed with the Vufold doors, which is why I’ve become a bit of an advocate for them,” says Brett.