In business, there’s nothing more satisfying than having repeat customers. Besides the fact that they return to repeat buy, the underlying statement is that they are endorsing your product and services with their patronage.

Melissa Claridge, who first discovered Vufold back in 2012, is one of our repeat customers. Melissa, her husband and four children have lived in their five-bedroom detached house in Kingston Upon Thames since 2006. Following a fire in 2012, the couple decided to install bi-fold doors to the back of the house, replacing a set of sliding doors that Melissa has wanted rid of for some time. The couple found Vufold online and were very impressed with the speed with which the doors could be delivered, the customer service and, once the doors had been installed, the overall quality, security and value for money the doors provided. 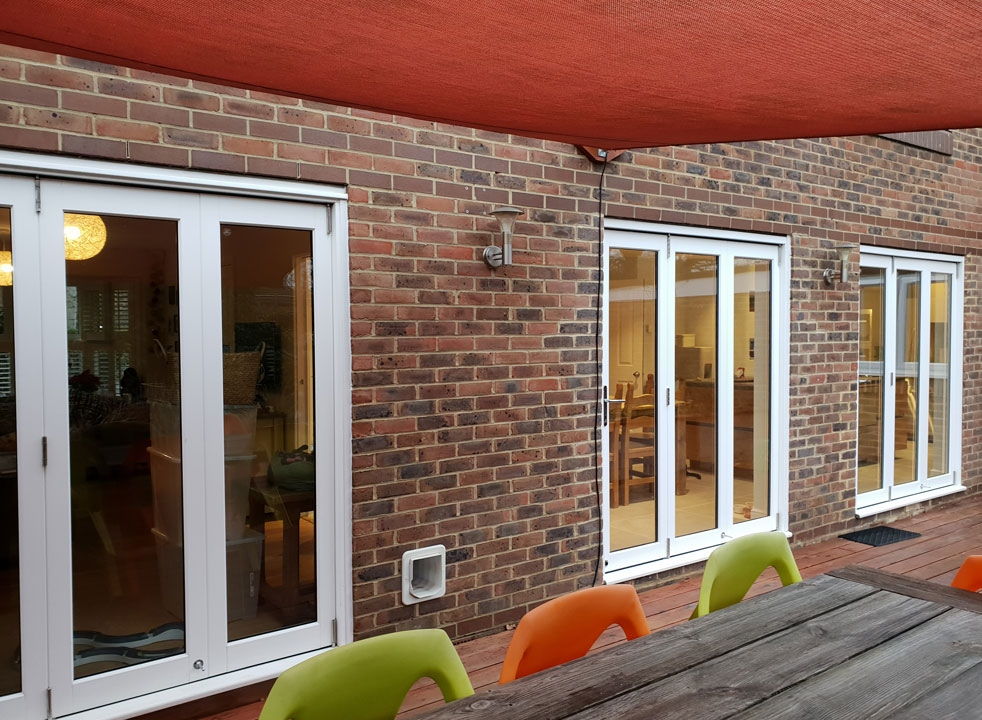 Moving on fours years, and the couple set about redesigning the back of the house with a conversion of the garage to allow for a much bigger kitchen to be created along with better access to the utility room. The idea was to install two sets of bi-folding doors that would open out from the kitchen and dining rooms into the south facing garden. For a brief moment, the Claridge’s thought about looking at other suppliers but could not see the point as they knew how happy they had been with the Vufold doors already in place. Their plan was to order two more sets of the original Vufold one they had in place so they would all match up with each other and the existing white window in the utility room.

However, things were not to be that simple, as Melissa explains. “When we rang Vufold to place our new order, we found out that the range we bought in 2012 had been discontinued. However, the Vufold salesman told us that the, new to us, Master range was almost identical to the old one we had, and that no one would be able to tell the difference.

“We really wanted to stick with Vufold because the security of the doors is excellent and if they looked the same, then why not we thought. We then realised that the seals on the Master range were black and would not match our existing white ones but that proved no obstacle, as Vufold said they would make ours with white seals; which they did. That is just another reason we went back to Vufold, the customer service is first-rate, and nothing is ever too much trouble. On top of that, we know the prices some of the competitors charge, which can be substantially higher and for no increase in the quality – so why would we go anywhere else?” 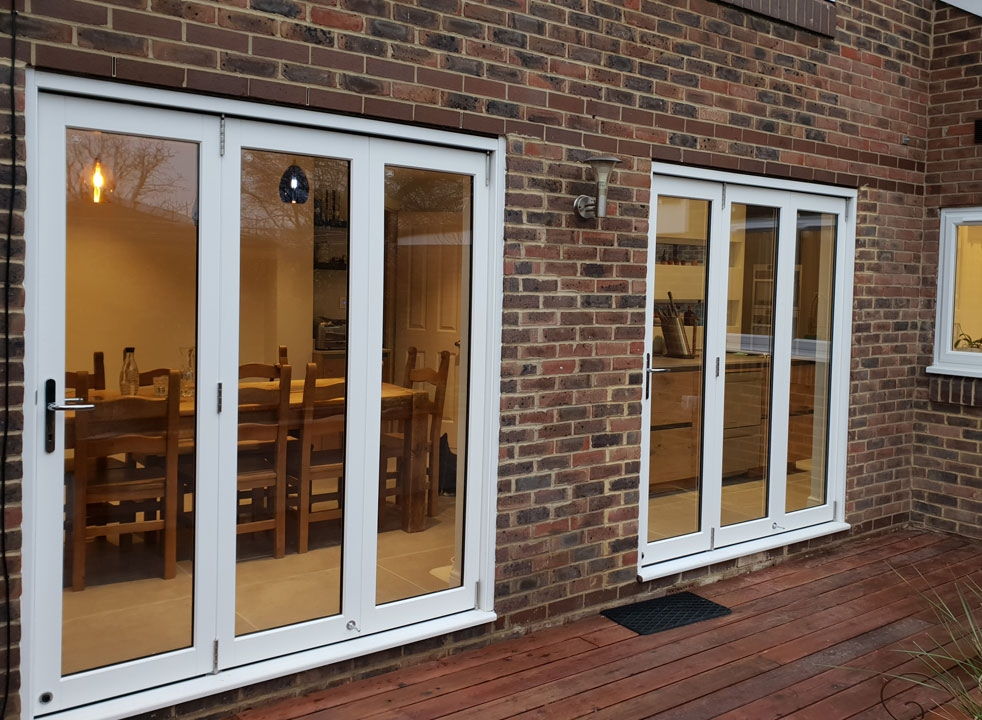 The two sets of Master doors were ordered ready for the start of the garage conversion in October 2018, with completion being achieved just in time for Christmas and guests coming round to visit and admire the new conversion and doors.

“Everyone that has seen them has been nothing short of impressed with the three sets of doors and how they combine to create a great aspect at the back of the house. We think they are brilliant and are so looking forward to the summer when we will be able to open them and essentially extend the kitchen onto the cedar decking and out into the garden; the end result has been just perfect for us,” says Melissa.