Ken Sibley is a retired printer who lives with his wife in Bexhill in Surrey in an eight year old house that had UPC sliding doors built onto the end of a conservatory. 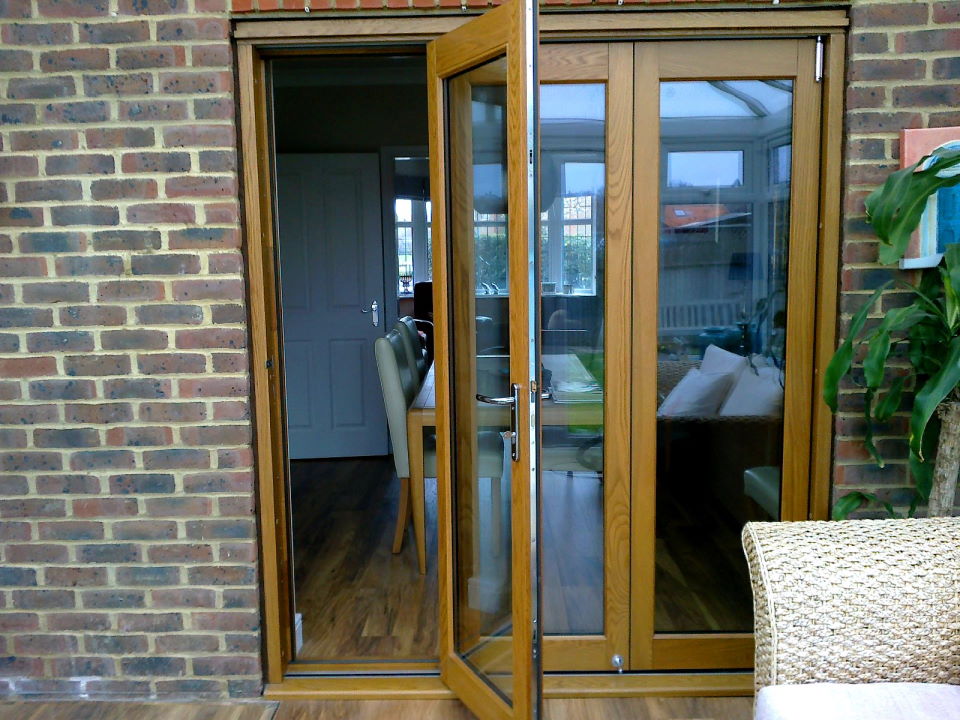 Being a competent DIY man Ken fancied trying his hand at replacing the patio doors with bi-fold ones to improve the aspect from the lounge through the conservatory and out into the garden.

Ken sat down at his PC and began researching suppliers. “I looked around at a fair few companies but I was left with the feeling that Vufold were the people to go to. The specification on the double glazing was better than others I checked out and I really liked the look of the oak on the Elite range; so I ordered the six foot set with three doors,” says Ken.

The retired printer was a little apprehensive about the scale of the project he had taken on but found that the instructions provided by Vufold made it relatively straightforward. “It was a big job for me but they went in superbly. I made sure the frame was set square to begin with, which is key, after that the doors hung beautifully. I have to say that the way the doors are packed and labelled makes it so much easier. So often you get self-assembly stuff that is poorly packed and labelled but Vufold do a great job if you are thinking of putting the doors in yourself and the instructions are so easy to follow,” says Ken. 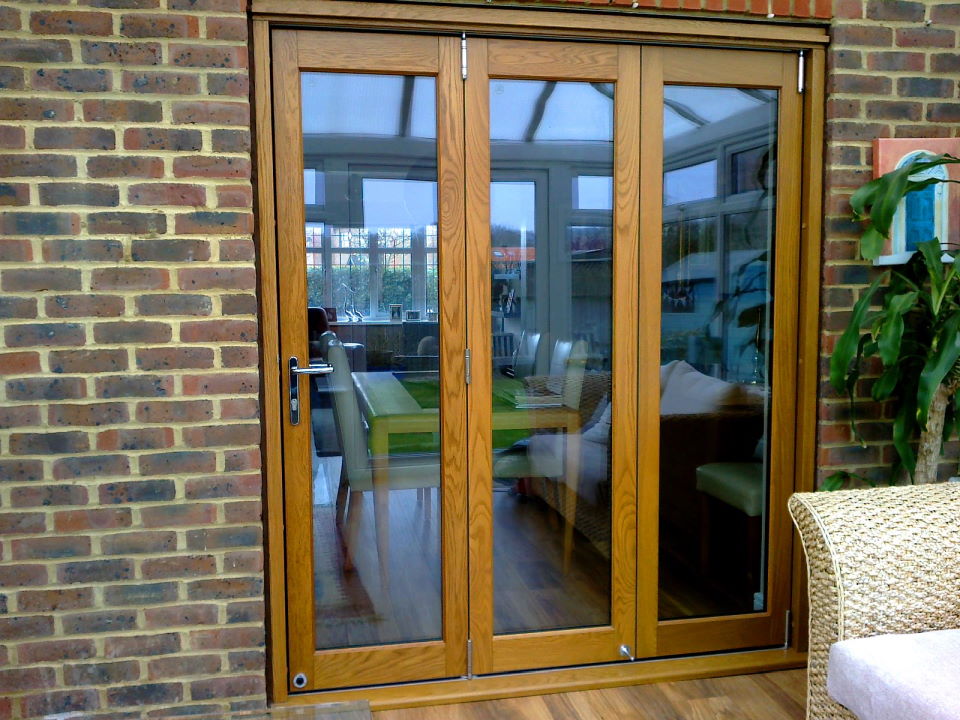 Ken’s handiwork and Vufold’s doors have been a big hit with Mrs Sibley says Ken; “She comes down every morning and opens them to let the fresh air into the conservatory. She was a little worried that she might not be able to open them easily but I can push them with one finger and she loves the smooth running action. They have made a massive difference to downstairs, they have opened up the entire living space and every one that comes round comments on how nice they are,” says Ken.