Customers bowled over by the quality of their Finesse Internal Doors

At Vufold we pride ourselves on putting the customer first and in making things as easy as possible for them, but it’s not very often that our efforts reap the praise we got from Ada and Gordon Shears after they fitted a three door set of our Finesse interior bi-folding doors in 2015.

The couple live together in the same semi-detached home in Hartlepool that they have occupied since 1976. In 2015 they decided on changes to the home that required planning permission. Ada and Gordon liked the idea of having a big open space from the new porch which housed the front door through to the hallway and staircase leading upstairs. However, to comply with building regulations they were told they needed to install another door between the front door and the hall. 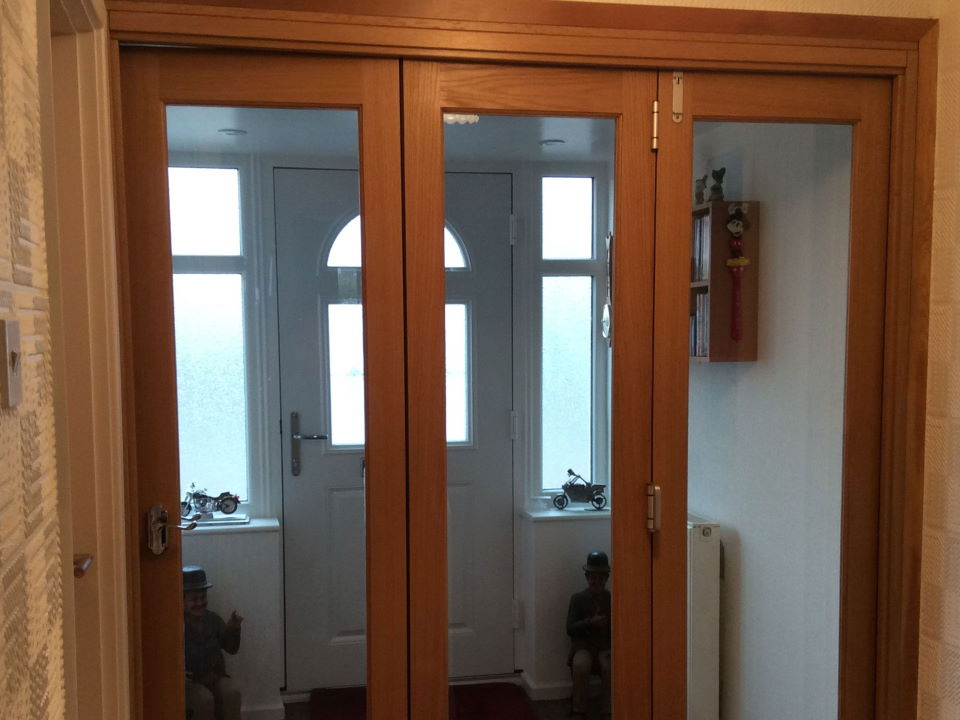 Not wishing to lose the lovely open feeling and entrance to the home, the couple started looking at bi-fold doors, which led them to Vufold. When they viewed the Finesse range on the company website they could not believe the suggested quality for the proposed price. Being canny north easterners, the couple hopped on the train to Macclesfield to see for themselves the doors on display at the company showroom.

Ada explains what happened next. “We were simply not convinced of the quality the website suggested but when we got to the showroom we were simply amazed - they looked even better than what we’d seen on the internet. We’d already paid £3,000 for another set of interior bi-folding doors and they were nowhere near as good as the quality on offer at Vufold, which were also far less money. Gordon was really taken with them and after looking at other suppliers he said he’d made his mind up and we were having the Finesse ones – so we ordered them and waited for them to be delivered,” says Ada.

The doors duly arrived and the couple set about unpacking and preparing to do the installation themselves – which, when you consider they are both in their 70’s, is fairly impressive in itself. Neither Ada or Gordon are afraid of taking on such a project but Gordon says the task was made so much easier thanks to the instructions provided by Vufold. “

The instructions are so clear and easy to follow, the packaging makes things even easier and the afters sales help we got from Vufold was just perfect. We were so pleased with how well the doors went in we took photographs of them with us down to Olympia to show to the Vufold team on the stand at Ideal Homes. The doors look lovely, the oak finish matches our existing doors and they complete the space perfectly,” says Gordon. 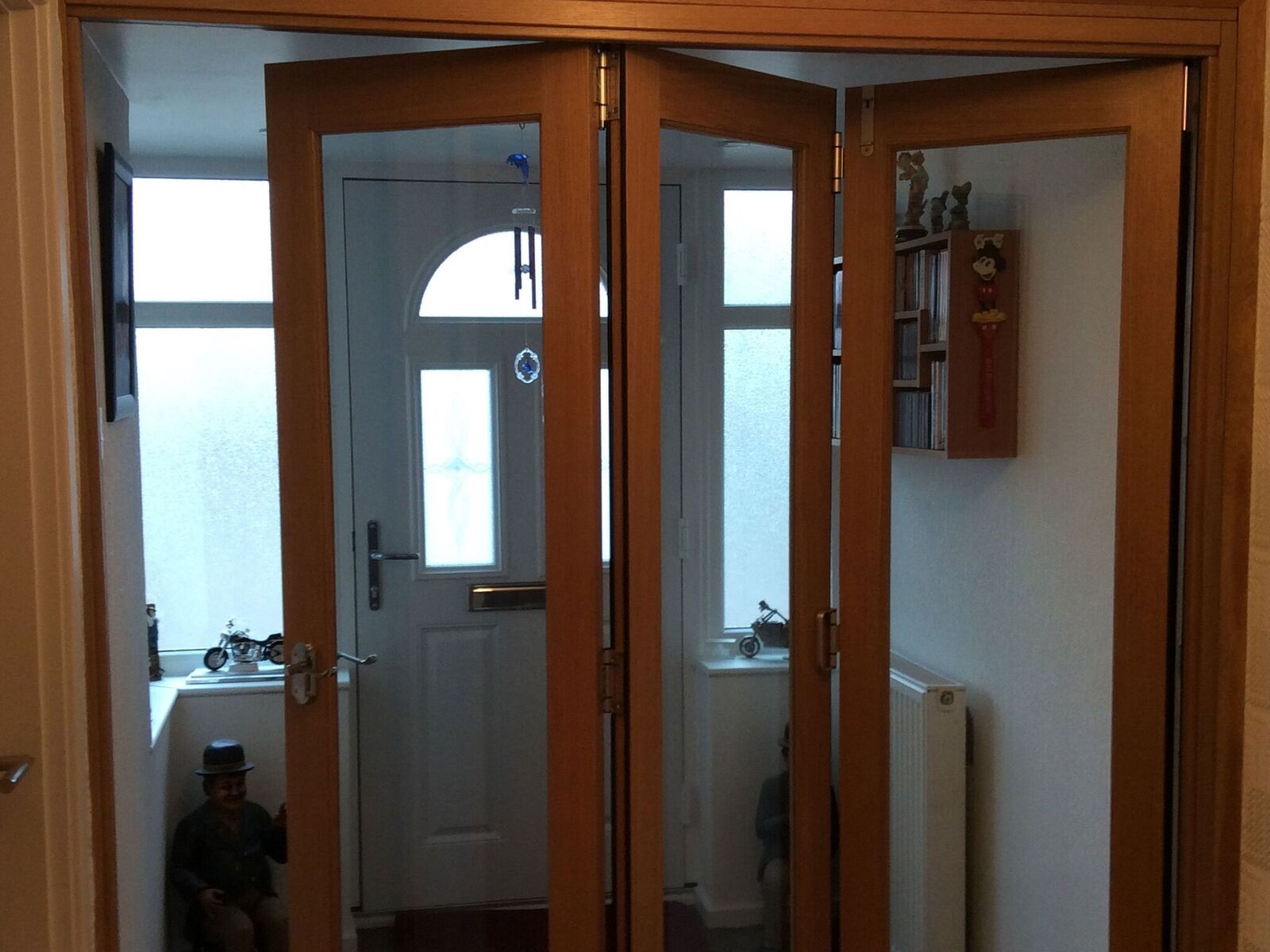 The doors have been such a hit with the couple that they have become Vufold advocates themselves, telling family and friends about the great experience they had in buying and installing the three-door set. Their nephew was so impressed with them that he ordered a set for his own home; and when they arrived Ada, Gordon and the nephew’s retired father in law installed them for her!

“The father-in-law is a retired skilled carpenter and he was bowled over by the quality of the doors, so much so that he is thinking of going to Vufold when he picks his interior doors. We are just so happy with the look of them. We often have them open during the summer and benefit from the extra insulation in the winter; they are just perfect,” says Ada.