Master Bifold Doors connects the house to the patio and garden

When it comes to managing the adding of a new extension to your home forward planning is the key, as Tom Chicken who lives just outside Newbury in Berkshire found out.

For several years Tom and his wife had dreamt of having an open plan kitchen-diner that seamlessly connected the house to the patio and garden, so when they moved into a new family home with their two young boys, they set about doing their homework in preparation for having a full width extension built at the back of their semi-detached home. 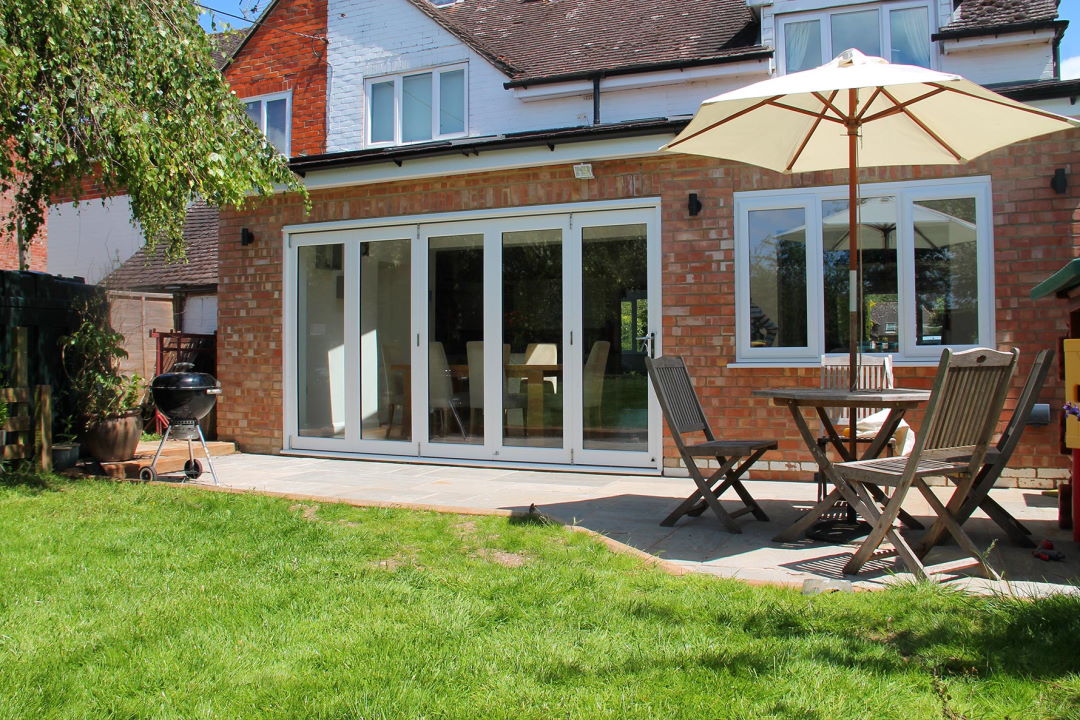 Having already settled on having bi-fold doors in order to create a free-flowing downstairs living area, they started looking online at all the different UK suppliers. Not satisfied with that, Tom and his wife took themselves off to the Grand Designs exhibition and checked out every single bi-fold door supplier that had a display there.

Tom explains the thinking behind the research; “We knew exactly what we wanted in terms of the look and the quality of the doors we were after. This was going to be an important investment for us and it had to be right. Having looked at all of the suppliers in the hall, only Vufold offered us everything we wanted in respect of design, style and functionality. When we looked at the wooden framed Master range we could see the difference in quality and we were pleasantly surprised at the price too. However, what swung it for us with Vufold was the attention to detail. The way the doors lock into place, the magnetic catches and all the other little things that indicate a high-class product made them stand out from the competition.” 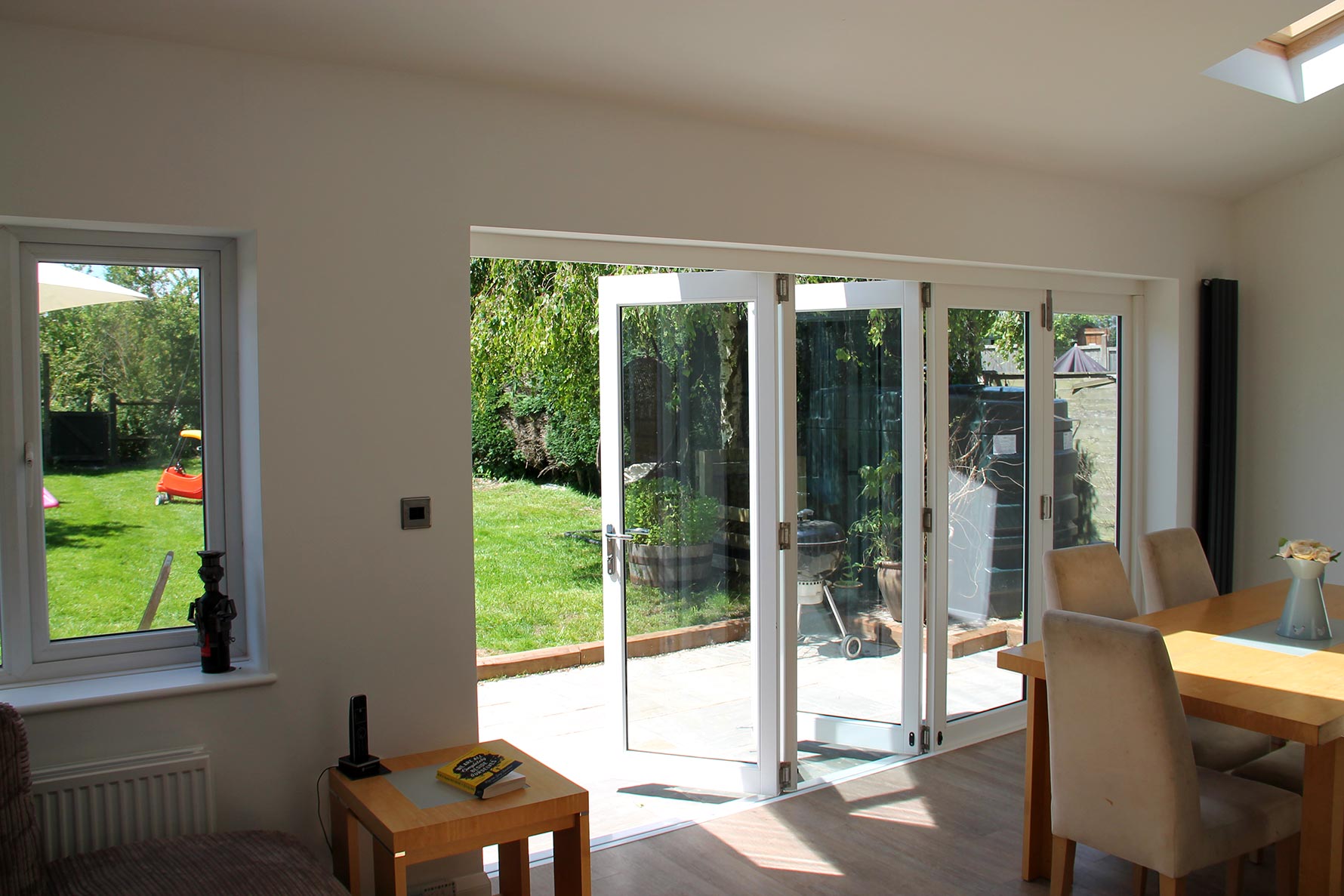 Being a family with young children Tom and his wife were keen to link the house to the garden so the boys could move easily from one to the other. Tom is also a very keen on alfresco dining and wanted to create a space where he could be outside cooking while his family and friends were able to speak with him as if he was in the same room.

“The fact that we can slide the five doors right back to the wall means there is nothing at all between the kitchen, lounge and the garden – it’s like one giant living space, which is great. One of the things we love about the Vufold bi-fold doors is the ease with which they open and close. Ours are 12 feet wide and my wife, who is not the biggest person in the world, can operate them with total ease. It’s quite odd how they look so solid and robust but at the same time seem to float on the runners, in fact our builder was really surprised how easily they glide given the weight of them,” says Tom. 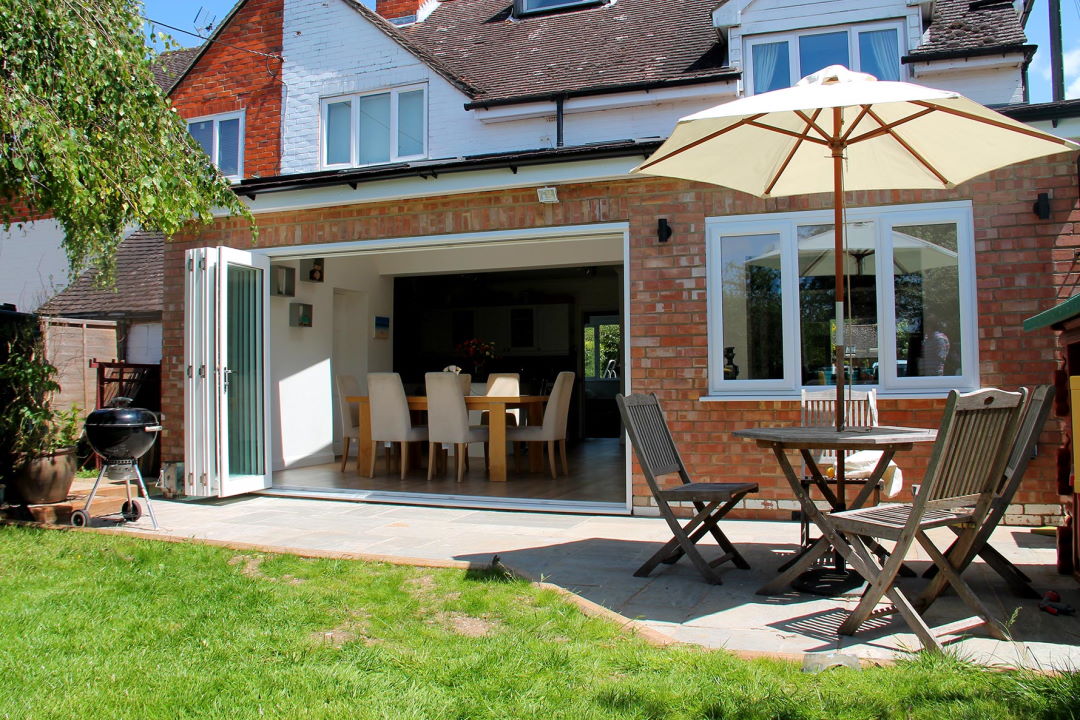 Although the inside of the extension was not finished until spring 2015, the doors were in place for most of the previous winter. Tom says the family noticed the difference in heat retention back then even though there was no central heating in the extension at the time, leading to them having high expectations of being very cosy during the coming winters.

One of the factors that lead Tom to choose Vufold was that the Master range, along with all the others, come in ready-made sizes. Not only does this mean they can be ordered in good time, it also makes it easy when it comes to construction, as Tom came to realise; “The fact that we already knew the size of the doors we planned to fit meant that we could instruct our builders with precision. It made everything so much easier, the planning, the drawings and of course the actual building of the extension. It also saved us a lot of time, which of course means saving money – which was an added unexpected bonus,” says Tom. 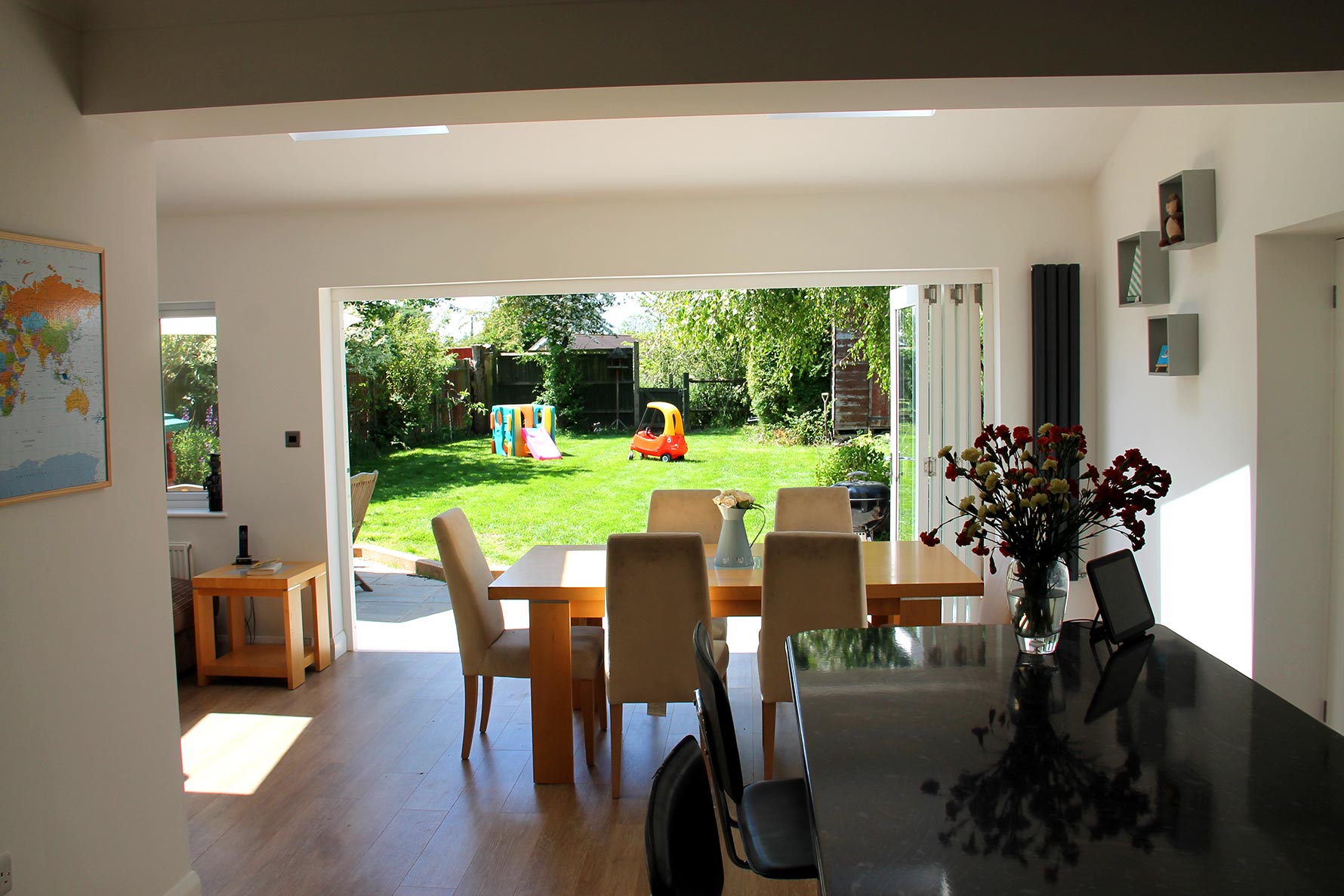