Peter and Sandi Richmond-Swift own a four bedroom detached house in Waterlooville which used to have an old wooden conservatory attached to the dining room. The couple decided they wanted more space and an improved modern look that complemented both their aesthetic decorative tastes and their lifestyles, as Peter explains. 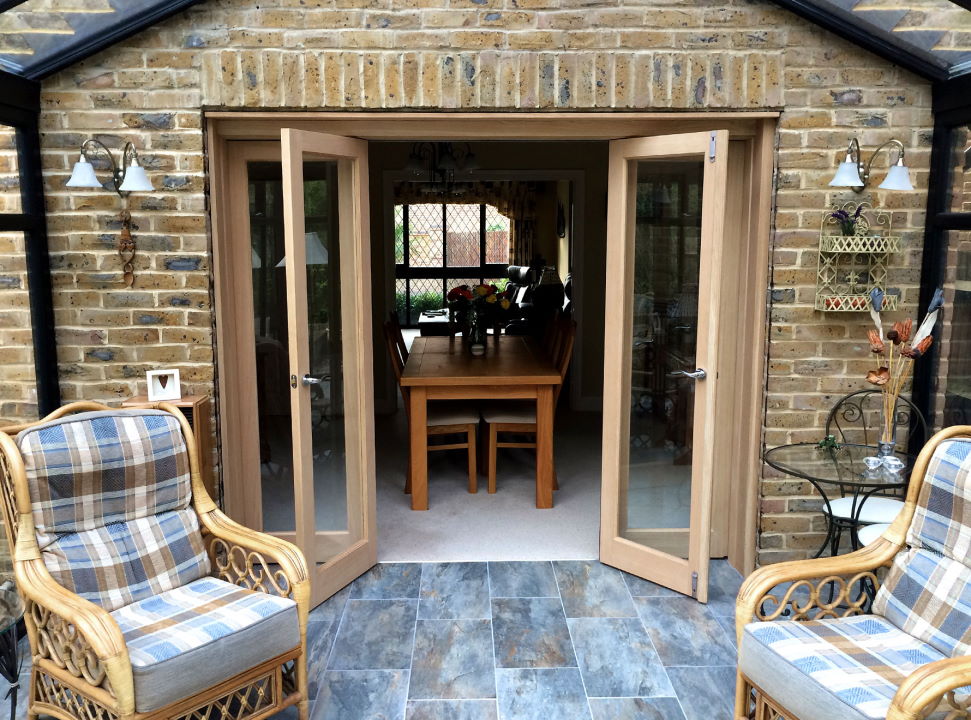 “The old conservatory was past its sell-by date and did not give us the room we wanted. We do quite a lot of entertaining and really wanted to be able to open up the dining room so we could extend the table out into the conservatory. The old doors that led into the conservatory were the sliding type and only opened on one side, so we could not do that; in the end we decided that we needed a new, larger conservatory and to do something that would give us a fully open eight foot space with no door threshold.”

The couple found a new conservatory easily enough, the problem came in finding a solution to the door space. With the help of a local joiner they ordered and installed the conservatory and began the hunt for the best type of doors to give them the look and function they desired. 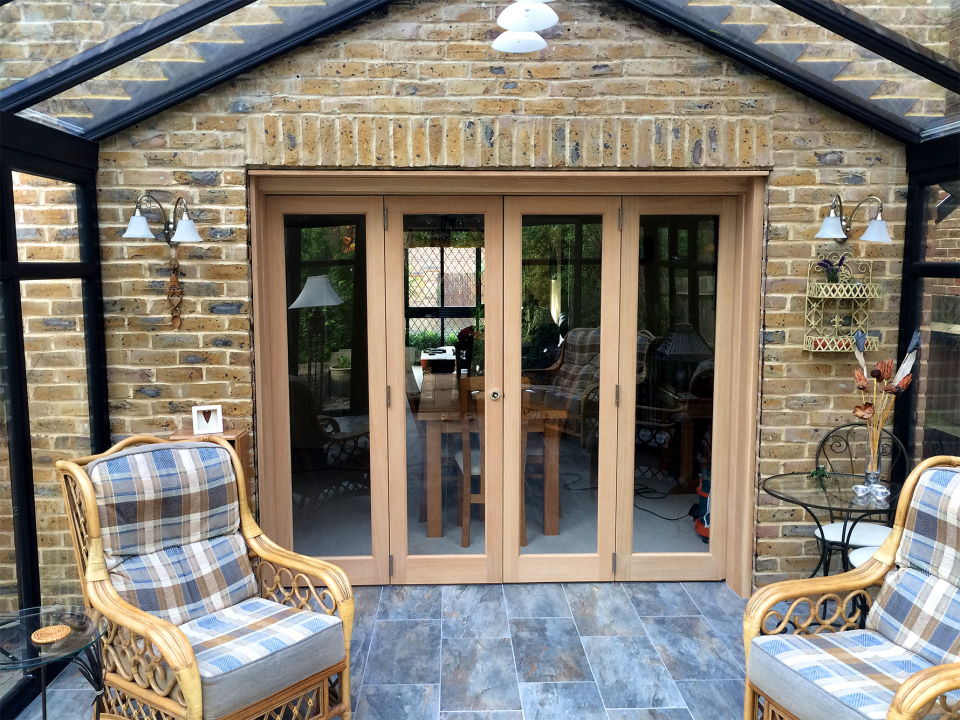 “We knew what we wanted, but had no idea on what type of door would provide the answer. We looked at all sorts of doors, but kept getting stuck. We even asked the conservatory people if they knew of a solution but they told us there was nothing on the market that would give us what we needed – then, at the 11th hour we stumbled on Vufold and its Inspire bi-fold doors; they were perfect,” says Peter.

With a little adjustment to the frames the joiner installed the bi-fold interior doors and the Richmond-Swifts had more than the solution they were looking for. “The Inspire doors fold right back to the wall so we have the space we need for entertaining and the flexible option of having both doors closed or one open when we prefer – we really could not ask for more,” says Peter. 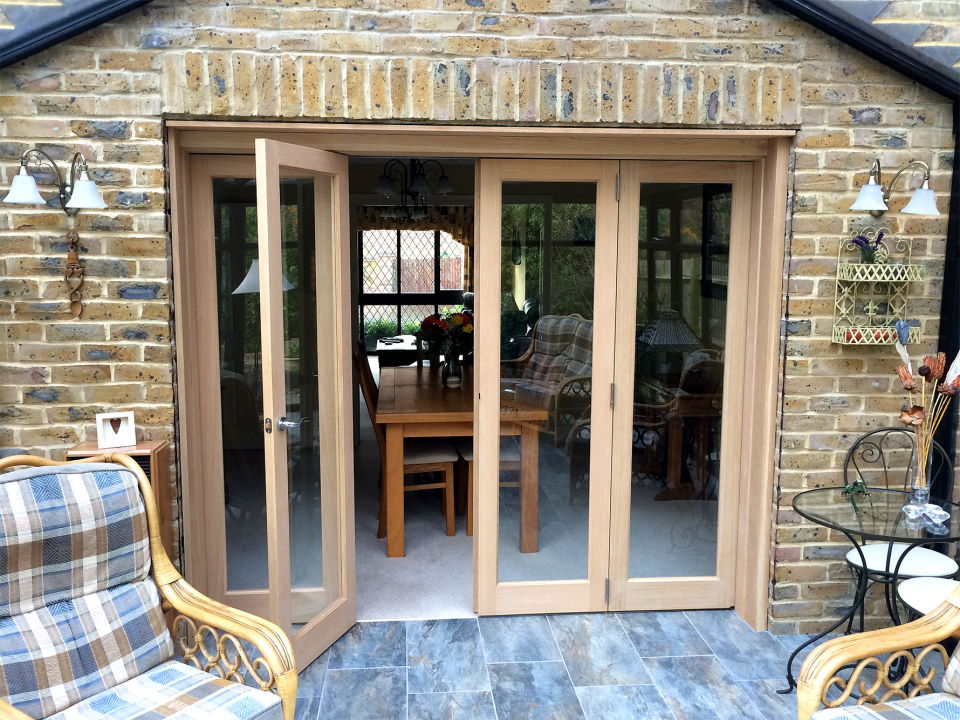 The conservatory is north-facing, which meant considering the insulation properties of the conservatory and the doors. Peter and Sandi were more than pleasantly surprised at the result of combining the two. “We knew that the new style UPVC conservatory would give us extra insulation and security, but we got much more than we bargained for with the Vufold doors. Even though the Inspire range are internal doors, the construction of them and their quality have added another layer of insulation and security to the house. Sometimes in the winter when we open the Inspire doors we get a rush of warm air into the house from the heated conservatory, which just goes to show how good the doors are at maintaining the thermal difference between the two spaces they divide; we really have ended up with something even better than we expected thanks to choosing Vufold,” says Peter. 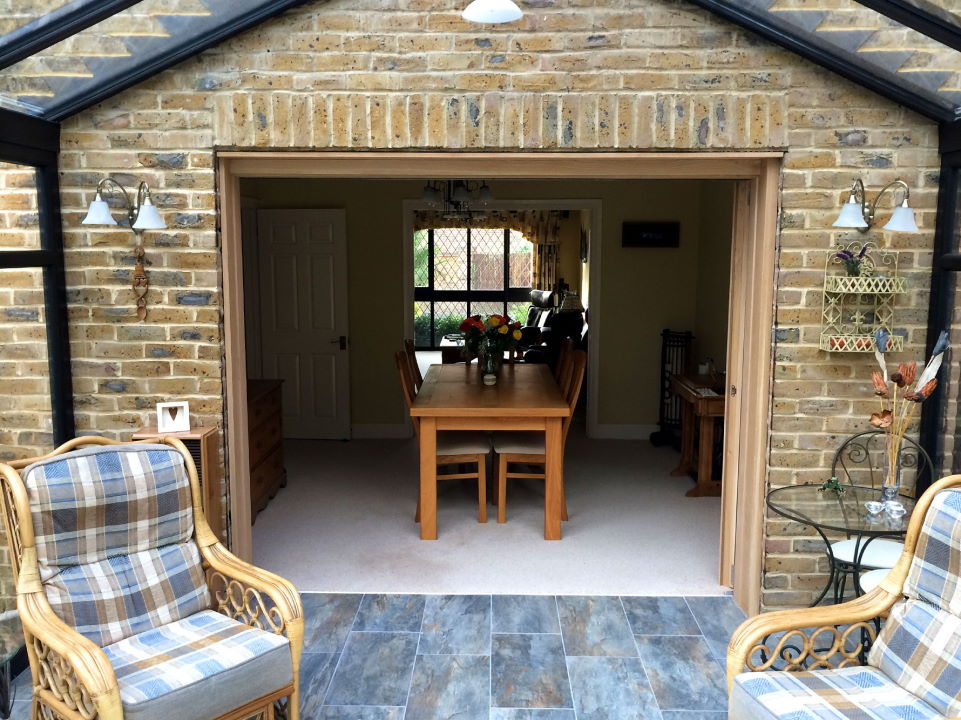